I came up with this Nutella brownie recipe in honor of World Nutella Day, February 5th.  It’s a day for worldwide consumption and appreciation of the nutty, chocolate delight.  After a little experimenting, I found a way to ensure the ultimate super-fudgy brownie.  Do check out Fluffy Nutella Mousse, too!

Back in my musical theatre days performing Wicked in Chicago, our sound engineer, let’s call him Mike, baked legendary brownies. LEGENDARY. He served them up during intermission on Saturday nights, and the full-size sheet pan of fudgy, gooey chocolate disappeared in a matter of minutes. You’d never know there was a rule about not eating in very expensive costumes.

And Mike is as good at keeping recipe secrets as he is at baking said recipes. Trust me when I say I tried to get it out of him. Repeatedly. Even one baker to another, he never succumbed to my pleading.

Baking through life, using my foil

So since Mike keeps his secrets, I kept my focus. And as usual, baked and baked and baked. The trick to super moist, nutty AND fudgey Nutella brownies? Covering the pan with foil about halfway through baking.

In doing this, you allow the baking process to unfold, but then prevent a crust from forming. That handy foil keeps the moisture in the batter from escaping, which would lead to the development of a crust and not an intense fudgy texture.

Perhaps I knew it all along

In retrospect, Mike’s brownies always arrived covered in foil – as opposed to say, plastic wrap, which is another option for protecting food that travels.

If I was a betting baker, I’d say that was his secret trick. Mike is cool. And SCIENCE IS SUPER COOL (mic drop).

Some of the fudgiest brownies you’ll ever eat! If you like more of a crust on your brownies, feel free to omit the step about covering with foil.

If hazelnuts are not your thing, and you’re looking for a less sweet brownie, you can replace the Nutella with any nut or seed butter.  Peanut butter would of course be divine, but if there is an allergy in your circle of people, try sunflower seed butter. It will cut down on the sugar crazies if you’re letting kids partake, and add some great omega-3s to otherwise nutritionally-void treats.

Subscribe to receive chef-tested recipes for every diet, exclusive content, and three complimentary answers to your most burning food questions from Chef Christina! 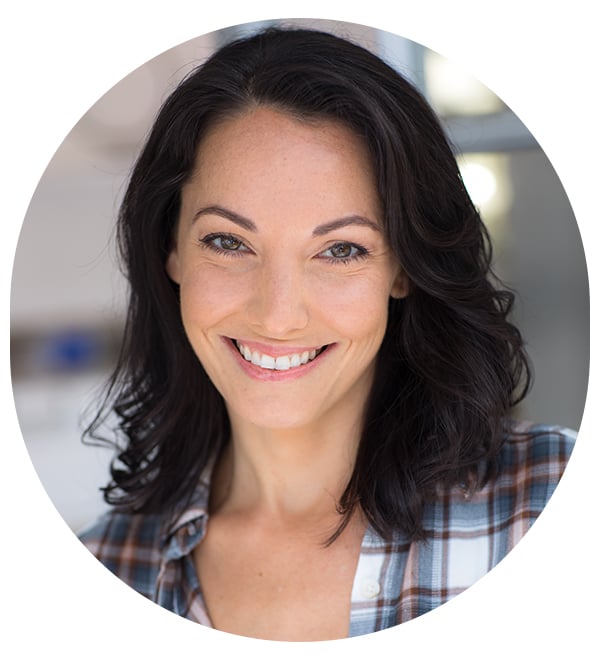 I'm Christina, a classically trained private chef + Chef Mom to two little boys. I'm here to empower you in the kitchen and in health by sharing delicious, chef-tested recipes for all diets. Anyone can become a great cook! To read about me and my food philosophy, follow this. To get straight to recipes + tips head to the blog.

I love sharing not just recipes, but the rhyme and reasoning behind them so you can gain confidence in the kitchen. Sign up for my weekly newsletter for chef-tested recipes + exclusive content. I'd love you to be a part of the community!

When the four year old is in charge of marshmallow

In the mood for a low-key Thanksgiving? Skip the b

Give the delivery people a night off! Freshly upd

#vote Voting may not be as cute as this cake, bu

What time is it? It’s time for brunch! Use the