Hi there and welcome to Edible Times! I'm Christina Bailey, a Culinary Institute of America graduate, Michelin-star restaurant alum, private chef, and instructor of culinary experiences in partnership with Cozymeal. My work, recipes, and culinary expertise have been published and featured by Insider, AskHer,  Cozymeal, Yummly, Allrecipes, the Culinary Institute of America, and Thomas Keller Restaurant Group. My work as a news reporter in Southwest Florida was featured more than once on CNN's Headline News.

My Mission: Empowering you to cook

I believe that anyone can learn to cook delicious, nutritious food.
In any kitchen.
On any budget.
With simple tools.

While at the Culinary Institute of America, I studied nutrition from a food service angle and use this valuable education when developing new recipes. When creating nutrient-dense meals and side dishes, I also consult the treasure trove of information published by The Center for Science the Public Interest. CSPI is a wonderful non-profit organization that fights for better food and health policies rooted in evidence-based science. Of course, this doesn't necessarily apply to indulgent breakfasts or desserts. But I do offer tips on how to incorporate more fiber and cut down on sugar when baking.

Truly, your body is your temple. As with anything in life, you get out of it what you put in it. If it wasn't grown on a farm, raised with respect, or minimally processed, I don't cook with it often. And recommend you don't either. As a parent who understands a hectic schedule and the need to budget, I simplify healthful eating. And provide tips on shopping for great, affordable ingredients. My personal favorite pastime is debunking food and baking myths for anyone willing to listen.

I want you to learn how to cook great meals without your eyes glued to a screen or piece of paper. So unlike run-of-the-mill food blogs written by home cooks, Edible Times gives you the tips, techniques, and ratios that are the secrets to deliciousness.

Honest Food for All Diets

In our family of four, we have gluten sensitivities, dairy intolerance, tree nut allergies (me!), and a keto diet fiend (my husband). Somehow in the madness, I manage to cook (mostly) scratch-made meals we all enjoy together.

While we don't live by one mantra, many of the recipes I share here work for a range of food philosophies and diets, including:

Kids drive you crazy when you're trying to cook? Put them to work! As young as three, my kids were making their own sandwiches. My oldest son began cooking us all breakfast... at the ripe ol' age of 6!

I love to share simple, impromptu ways to engage your kids in the kitchen. And also some fun food science and time-saving chef hacks. Because life's too short to over-complicate dinner.

I hope what you find here empowers you to cook from scratch, be discerning when you grocery shop if your budget allows, and inspires you to better your health.

For more on my culinary, musical theatre, and television backgrounds, keep scrolling. I'd love for you to join the community here, subscribers to my newsletter receive exclusive content. And an email to Ask the Chef (me) your most burning cooking questions. 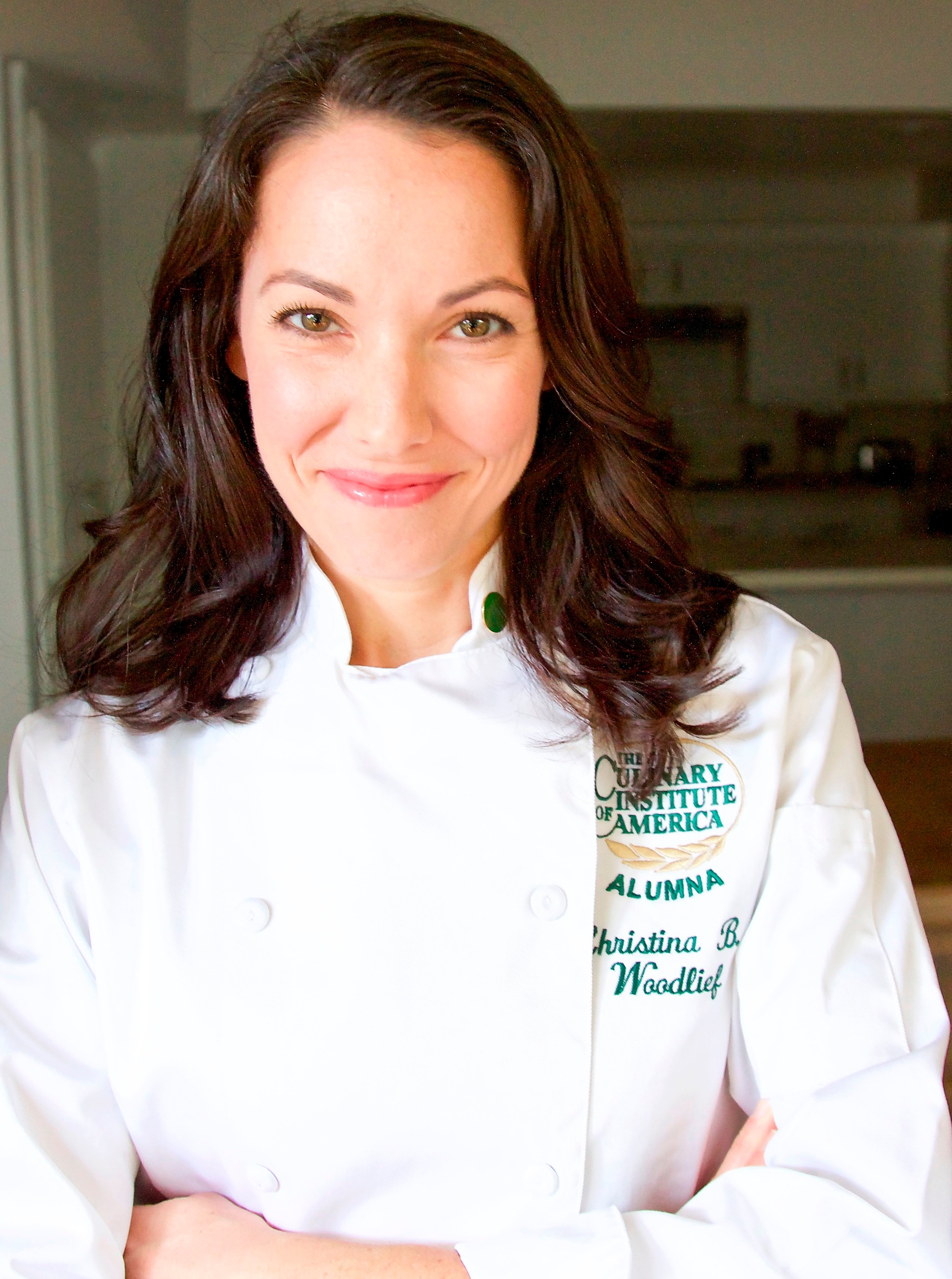 As a career transition after working in broadcast news, I graduated from the Culinary Institute of America in Hyde Park, New York earning The Katharine Angell Academic Achievement Award.

At the Culinary Institute of America

In pursuit of learning from the best, I earned an externship position in the kitchen at Thomas Keller's flagship Bouchon Bistro in Yountville, California.

In addition to 12-hour days in the fast-paced kitchen, I photographed seasonal menu changes for the restaurant group's corporate marketing. Prior to my time at the CIA, I served guests at the beloved California bakery SusieCakes, and worked for award-winning Executive Chef Chad Johnson at Sidebern's in Tampa (now Haven).

As a private chef and culinary instructor for Cozymeal, I've served a range of clients. From young families in Los Angeles suburbs to affluent celebrities in Malibu. And no matter who's at the table, I offer a Martha Stewart meets Michelin-star style of service. Currently based in Boise, Idaho, my culinary offerings are concentrated on teaching and delivering nutrient-dense meals, artisan cookies, and French macarons.

If you live in the Boise, Idaho area, you can learn more about current offerings from Edible Times Culinary Services here. Yes, there can be cake, even gluten-free, delivered to your doorstep.

Before the Food Biz

I grew up performing on many a stage, and after graduating from Florida State University with a media studies degree, I performed professionally.  I sang and danced in live shows at Disneyland's Fantasyland Theatre, played the Witch's Mother in the original Chicago cast of the hit musical Wicked, and appeared in various industrial shows and national television commercials.

When the journalism bug bit, I put my media degree to use covering the news for Fox 4 in Southwest Florida. Often reporting live during the same newscast I produced, my time at Fox 4 was intense, to say the least. Our class act news director, Forest Carr, instilled in me a constant quest for the truth. And a need to protect the vulnerable while holding the powerful accountable. To this day when I write food content, I aim to tell it like it is.

While the focus of my career is now clearly all things food, I continue to create digital and television media, sometimes with my Emmy-nominated Husband. I happily oblige, as most recently it required travel sans kids. Along with cool cars, amazing costumes, and The Tennis Hall of Fame. Follow the link above for a fun short story on the spunky 1920's tennis star Suzanne Lenglen. And subscribe to Tennis Channel if you love the game, and want the best coverage of professional tennis available (I won't pretend not to be biased this one instant).

The journey for truth and holding the powerful accountable will continue here in my What to Eat series of articles.  Hype and misleading headlines often muddy the proverbial waters when it comes to the question of nutrition. So do government policy and politics. I occasionally consult the experts to cut through the nonsense and serve up the real story.