Just for a moment, think back to the good old days of kids on swing sets (not the computer), soda pop in a glass bottle, television we actually watched as it aired. And orange creamsicles. Now you understand the inspiration for these creamy, delectable orange French macarons.

Seriously though, mmmmmm.  Creamy, tangy goodness all wrapped up in an ice cream bar! So good. And so bad for you. So here’s an orange creamsicle recipe that is a little less sinister since it’s homemade with natural ingredients:

The ultimate orange indulgence.  To get yourself some orange French macarons, take a basic macaron recipe, add 2 teaspoons of orange zest to the meringue batter (plus orange food coloring), and whip together ½ cup of softened mascarpone cheese and 1 cup of the buttercream for the filling.

Take me back to the good ol’ days

With my basic vanilla macaron recipe, the sky is truly the limit on flavors. Love those Nutty Bars? Use the chocolate macaron recipe below, and sprinkle crushed up nuts on top the piped macarons before baking or even inside the them when filling with chocolate ganache.

You one of the fans who signed the Change.org petition to bring back the long lost Popsicle Sprinklers? Bake up the chocolate macarons below covered in rainbow sprinkles and fill them with vanilla buttercream.

Here’s to the good old days, new baking frontiers and all things orange and creamy.

Subscribe to receive chef-tested recipes for every diets, exclusive content, and three complimentary answers to your most burning food questions from Chef Christina! 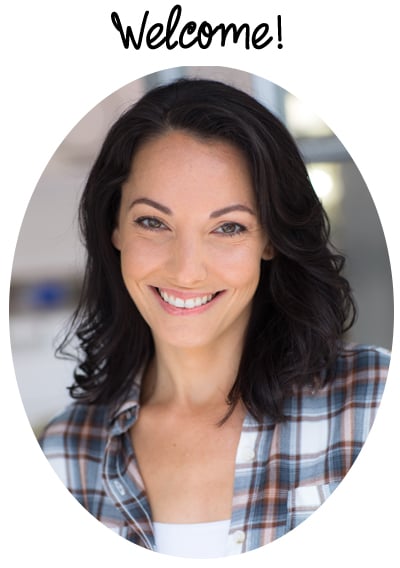 Thanks for joining in the fun at Edible Times!

cook + learn with me!

Looking for real food for real life? Sign up for chef-tested recipes + exclusive content. I'd love for you to join us!

Sometimes a lazy #cake is a cute cake. When testin