The king cake tradition is one with deep roots in New Orleans and Mardi Gras. But the reason NOLA natives break sweet, frosted bread with each other begins with Christmas. And is a religious observance of the Catholic faith that's celebrated in many ways across the world.

In the Catholic faith, the Epiphany or Twelfth Night is a holy day of obligation. Falling on January 6th, King's Day is a big darn deal for Catholics worldwide, Western European countries, and of course, the city of New Orleans. This twelfth day of Christmas commemorates the day the magi bestowed gifts upon the newborn Christ in Jerusalem (three kings from afar, wise men, or a non-descript group of traveling gift-givers guided by a star, you've heard the story).

And while the holiday's roots are firmly in Catholicism and Christianity, you certainly don't need to be a devout Catholic to revel in the king cake tradition. Which involves sharing slices of cinnamon-laced brioche smothered in icing and green, purple, and gold sugar. And hoping to find a plastic baby inside your slice (more on this below).

In a few Western European countries, the Epiphany is nearly as significant as Christmas itself. The people of Spain partake in boisterous parades, feasting, and gifting. And each culture has its own food traditions including magnificent, crown-shaped desserts adorned with icings, candied fruits, and all manner of obnoxious garnishes.

Spaniards enjoy roscón de Reyes, a sweet bread with candied fruit and nuts. And to no surprise the French transform round layers of buttery, flaky puff pastry and frangipane into a galette de rois. In Italy, the Epiphany is a national holiday complete with the Legend of La Befana (a traveling witch bestowing treats on children across the peninsula).

In New Orleans, the Twelfth Night is the dawn of the Mardi Gras season which lasts until Fat Tuesday, the day before Ash Wednesday. The Wednesday in March is the first of 40 days of Lent when devout Catholics pray fervently, fast on Fridays, and generally live without indulgences. So Mardi Gras is for letting the good times roll before a long stretch of penitence and somber reflection in preparation for Easter.

And while the Carnival season calls for all manner of creole and cajun fare, the king cake is perhaps the flashiest, most significant, and most intriguing. Brimming not just with cinnamon and sweet royal icing, it's symbolic right down to the tinted sugar and tiny plastic baby doll hiding within its crumb.

The Cake & The Baby Inside It

A traditional New Orleans king cake is a wreath-shaped, yeast-risen, braided cinnamon roll dripping with white royal icing. Sugar is tinted gold, green, and purple and sprinkled on top to symbolize power, faith, and justice. A miniature plastic baby in its birthday suit is tucked inside to symbolize the newborn Jesus. And the lucky devil who finds it between their teeth garners all the glory and responsibility of hosting the next king cake party (where locals all bring a different king cake and everyone samples).

Truly, a typical king cake from a New Orleans bakery is a mastery of all that is wrong with the way Americans collectively eat. Refined white flour, processed sugar, vegetable shortening, and then more sugar. But the cakes are a sight to behold, scream with revelry, and are too easily devoured (I can consume an entire cake in 24 hours, so no judgment from me).

Every grocery store east of the Mississippi River and South of the Mason-Dixon line will sell king cakes during Mardi Gras. But a select few Crescent City bakeries take the literal cake. And depending on which NOLA native you ask, you'll get a different answer. Haydel's Bakery with its long history in the city is surely a contender for the top spot (my mother once worked for a bakery supply that sold directly to David Haydel, so that's always been that in our house). But I have relatives who swear Randazzo's iteration is the cake to beat.

Hoards of locals in need of a cake for their Mardi Gras gatherings go looking for Gambino's version. And plenty more seek out Caluda's. Dong Phuong is new on the scene compared to others. But the Vietnamese bakery received a James Beard Award in 2018, and by all accounts churns out some of the most coveted, heavenly king cakes in the city.

Where to Order Online

King Cake Hub is the Amazon of king cake sales, sourcing cakes from all the most popular bakeries and offering retail and delivery sales. Another local food delivery app will speed race a Brennan's king cake to your doorstep (Brennan's is another New Orleans tradition for those who can pony up for it). Many of the bakeries ship their king cakes year-round to any address in the continental U.S. The overnight shipping charge is often included in the price, so beware of sticker shock.

If paying $65 to fly a Carnival cake to your front porch isn't your style, you can certainly bake one at home. Easy? I wouldn't take it that far. But especially if you've baked bread from scratch before, the process will feel familiar. The hardest part is the braiding and shaping of the dough. My king cake recipe is adapted from Haydel's original recipe. And it's a straightforward, if not a tedious process.

But an imperfectly-shaped cake still tastes just as scrumptious. Smother it with the simple glaze and go nuts with festively-colored sugar. You'll be singing laissez le bon temps rouler and creating your own king cake tradition before you know it.

A traditional Mardi Gras king cake (as opposed to variations in Europe) tastes like a cross between tender, sweet brioche bread and a cinnamon roll. Bakeries weave fillings like cream cheese, praline, and jam into the braided layers of soft bread. All king cakes are topped with a cloyingly-sweet white icing drizzle that melts in your mouth. And the colored sugar adorning the top makes for a slightly crunchy texture, balancing out the tender, moist crumb.

When do you eat king cake?

In New Orleans, king cake season begins on King's Day (January 6th) and lasts through the entire Mardi Gras season which ends on Fat Tuesday. Shrove Tuesday, most often falling in March, is the actual day of Mardi Gras. But the parades, parties, and biggest celebrations begin the weekend before. Bakeries in New Orleans sell and ship king cakes all year. But the king cake tradition is entrenched in the celebratory Carnivale season that lasts from the Epiphany to Ash Wednesday on the Catholic calendar.

Do you bake the baby in the king cake?

While plenty of bakeries and home bakers alike hide the plastic baby in the cake before baking it, the thought of sending a plastic doll into the oven makes others queasy. And either method works. Many sellers of the babies claim they are oven safe and that the heat of the oven won't melt the plastic. But to err on the safe side, you can easily push the baby into the bottom of the baked cake when no one else is looking.

If you have a favorite king cake or Mardi Gras tradition, please share it in the comments!

I'm happy to tell you, this is not a "food blog". But a collection of recipes tested and published by a professionally-trained private chef. There are few, if any, product links, or annoying pop-up ads. But there are: 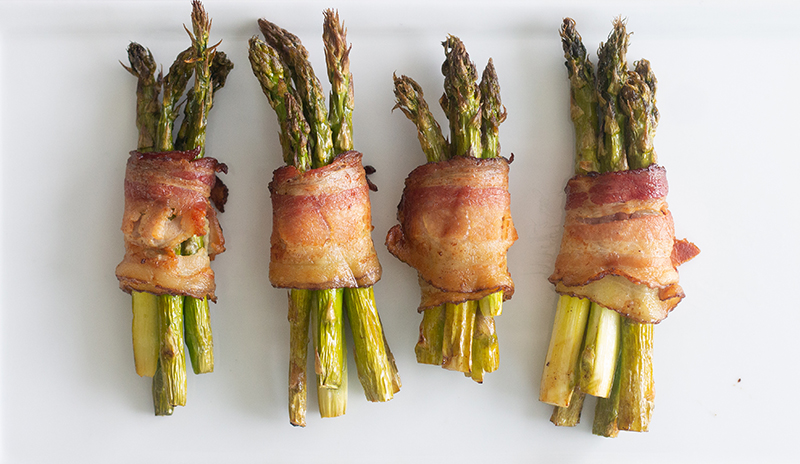